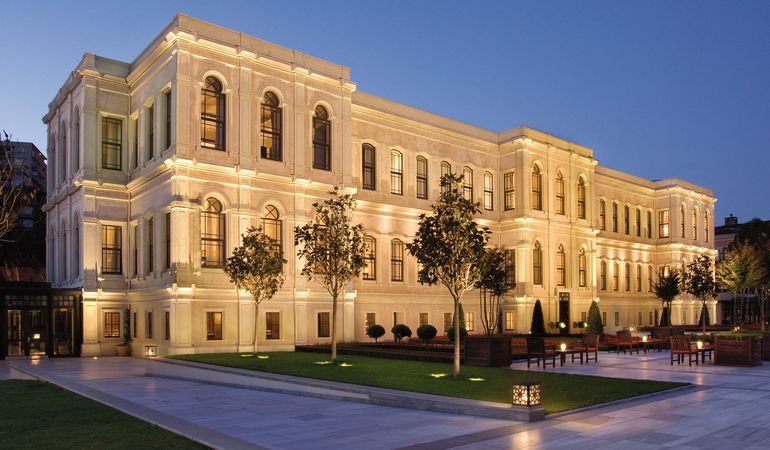 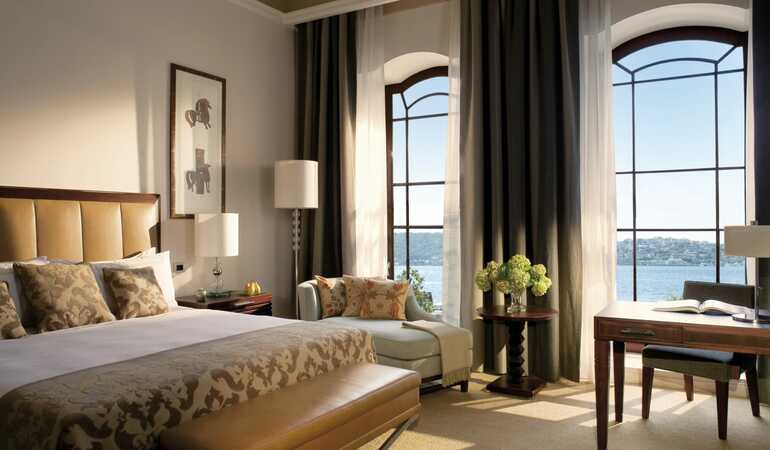 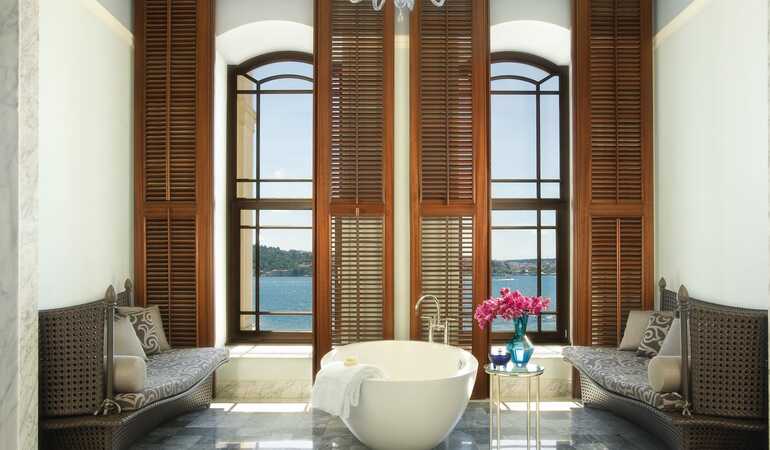 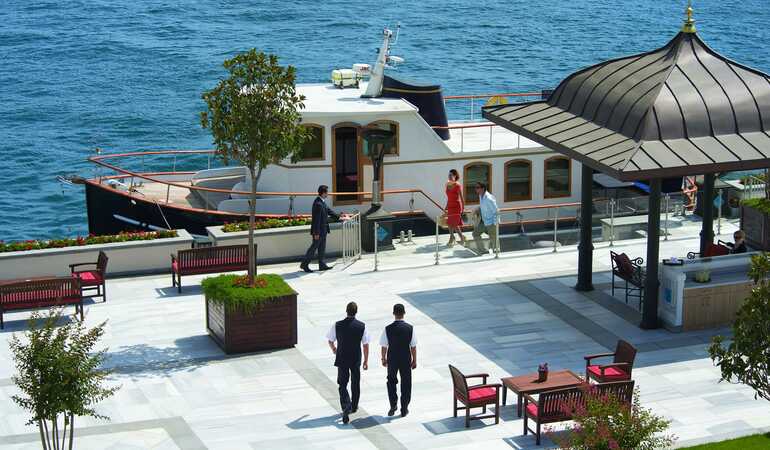 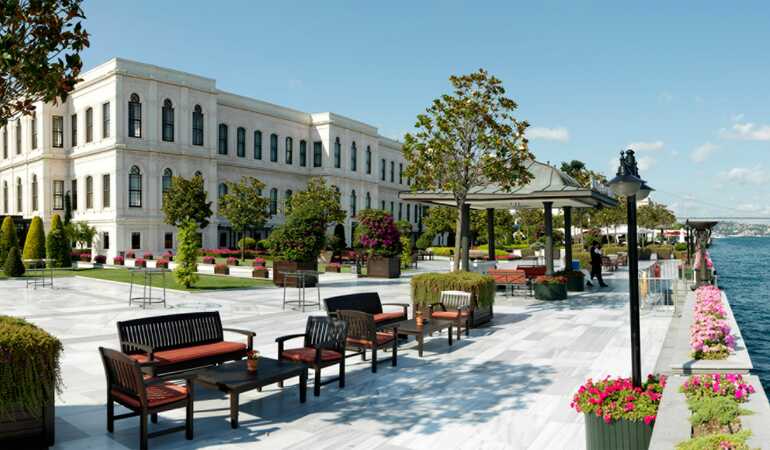 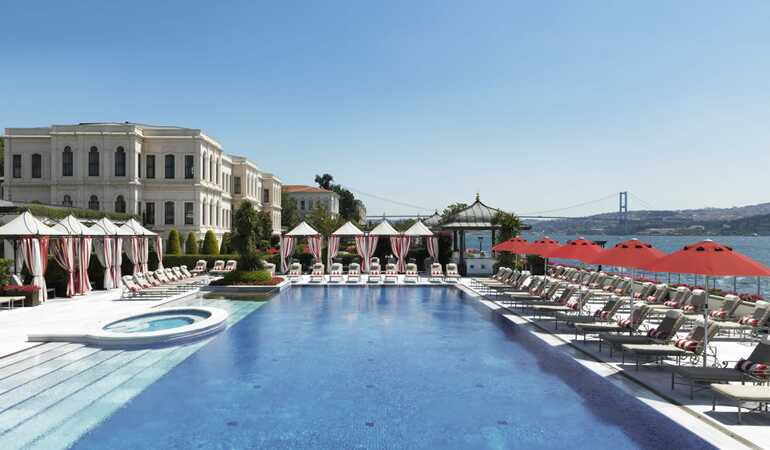 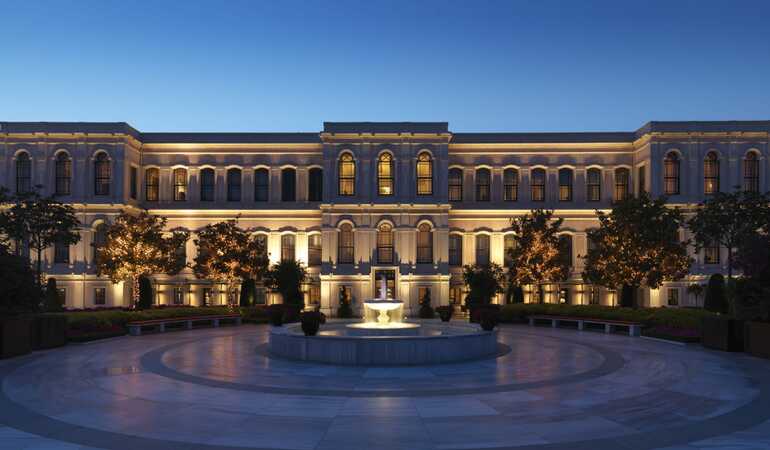 If you would like to enjoy Ottoman-style indulgence by the Bosphorus, this is the place to be. The hotel building was part of a series of 19th-century palaces and summer residences that were built along the 5-km coastal strip stretching between the Dolmabahçe Palace and Ortaköy Mosque to host members of the royal family. Today, it welcomes guests in a sophisticated setting and two modern annexes, designed with an understated elegance that is the trademark of the Four Seasons hotel chain.

The outdoor pool feels like a natural extension of the glittering waters of the Bosphorus and is great for lazy lounging, while the interior spa pool is still one of the best we have ever seen in Istanbul with its fluted marble columns and turquoise blue tiles that give a sense of swimming in an ancient Roman gymnasium. The private Turkish hammam chambers of the spa are also outstanding.

The hotel’s main restaurant Aqua plays a double role as the breakfast hall of the hotel and a high-caliber dining hall serving Italian and Turkish food on tables scattered around a vast terrace by the water. 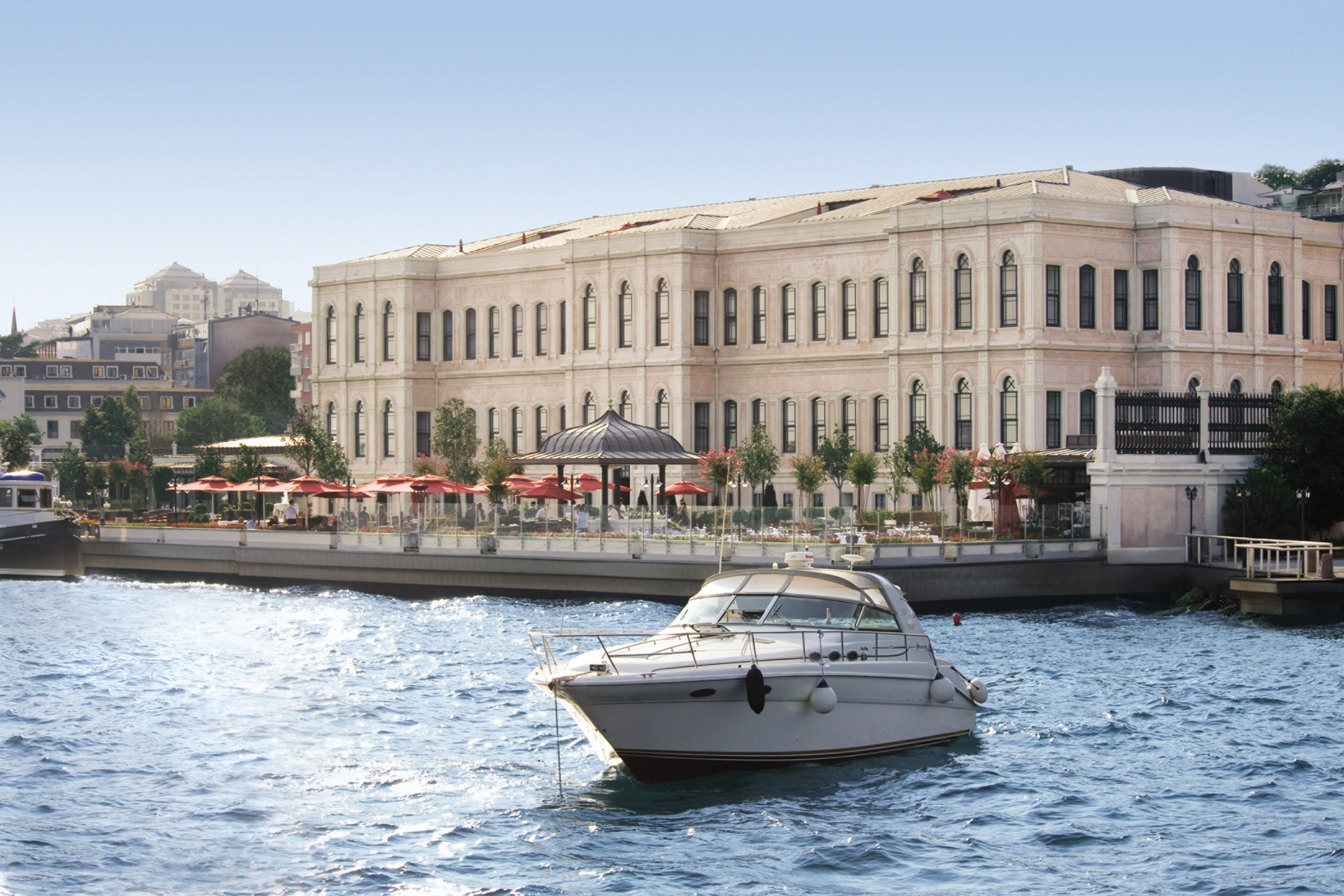 The coastal palaces of the Ottoman dynasty

After residing in Topkapı Palace between the 15th and 19th centuries, the Ottoman royal family made a strategically very important decision to move their court to the coastal palaces along the shores of Beşiktaş district. Dolmabahçe Palace, Çırağan Palace and Yıldız Palace still survive as a testimony to the sultans’ desire to live in more modern residencies resembling their European counterparts. Many of these palaces and mansions were built by members of the Balyan Family, whose members have served as court architects for generations. Following the occupation of the Ottoman Empire by Western Allies during World War I and a fierce Independence War fought by Turks against them, the Ottoman royal family members were sent to exile by the first government of the new Republic of Turkey and their palaces were nationalized to be used as museums and schools.

What else is there around Beşiktaş?

If you can, do not miss the opportunity to visit Beşiktaş Fish Market and the pubs surrounding it on a day when Beşiktaş Sports Club plays a football match, when the neighborhood livens up with festive energy. Istanbul Naval Museum is also a must-see attraction with its rich maritime collection, including the exquisite Imperial boats that once carried the royal family to their summer residences. Ortaköy Mosque and the coastal neighborhoods of Arnavutköy, Bebek and Rumeli Fortress are also good to visit for a lazy stroll along the Bosphorus.

Visit the most fascinating and spectacular sights of the old city in this specially curated tour. This is the ultimate experience for first time visitors.
$ 125 BOOK NOW
Four Seasons Hotel Istanbul at the Bosphorus, a luxury hotel in Istanbul, Turkey. Located along the Bosphorus, in one of Istanbul's trendiest and most naturally beautiful neighbourhoods. https://www.istanbultourstudio.com/tours/four-seasons-hotel-istanbul-at-the-bosphorus