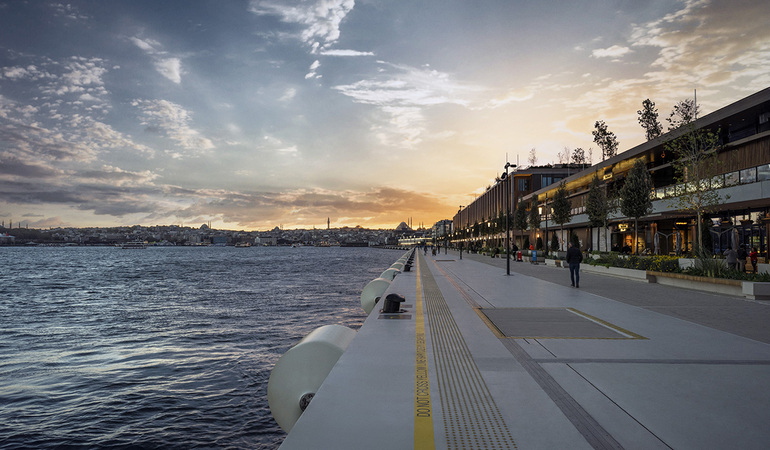 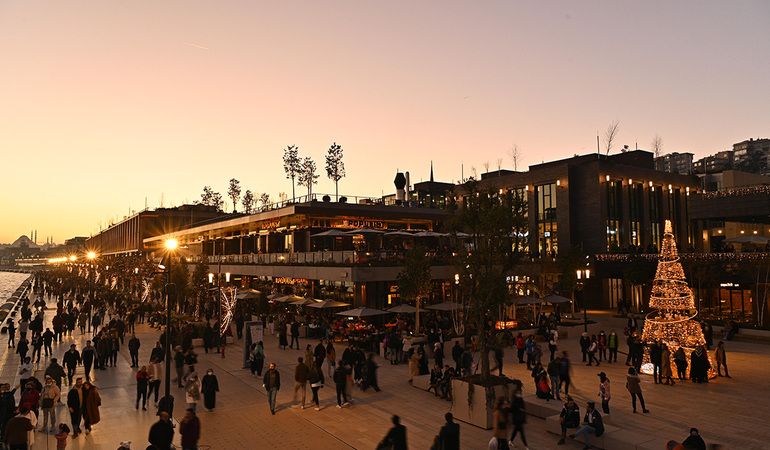 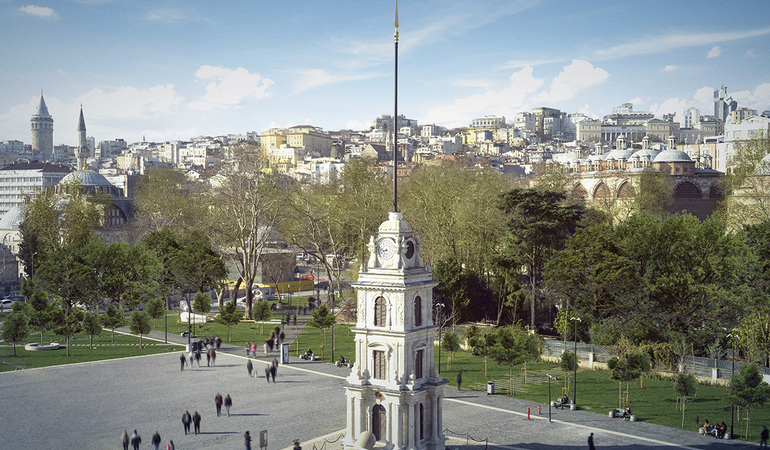 The everlasting relationship between Istanbul and the sea dates back to long before Christ when the first settlers decided to call this perfect natural harbor home. Today, Istanbul has a new gateway out to the sea, while the historic cruise port of Karaköy reincarnates as Galataport -an ambitious urban project that has transformed a former 1,2-km industrial strip along the Bosphorus. Although much disputed by history buffs, this modern complex has been an instant magnet for locals, and tourists alike, with unbeatable panoramic views of Istanbul’s historic skyline, as well as with a unique combo of fashion outlets, dining venues and world-class art museums.

Where does the name “Galataport” come from?

Perhaps you have already heard about the Galata Tower, which remained as the highest man-made structure of Istanbul for centuries until the first modern high-rises started to soar in the 1960s. Still being a popular city icon, Galata Tower was built in 1348 during an expansion of the Genoese colony on the outskirts of the Old City. Once being a fortified medieval city, the Galata colony was later captured by the Ottomans during the conquest of Constantinople. Galata Tower still dominates Karakoy docks and the whole Galataport area, while the little Galata neighborhood itself offers a nice stroll for visitors with its Italian feel, 18th-century architecture, and artsy community.

What not to miss at Galataport Istanbul?

Galataport is a shopper’s haven more than anything with its abundance of fashion stores, both high-end and casual. Beymen and Vakkorama are two of our favorites if you are craving for investing in local designer items. Post Office Fashion Galleria, which was a former post office, regenerates Karaköy’s multicultural commercial life and craft traditions with world renowned fashion, design, delicacy and jewelry artisans from Istanbul.

Among several food venues, Liman Lokantası stands out with its storied past. This gastronomical institution continued to welcome a chic crowd from the 1940s up until the 1990s as a fine-dining restaurant and a meeting spot on top of a historic cruise terminal’s passenger hall. Now, its second life has begun at a sleek contemporary dining hall recalling the bow of a ship. 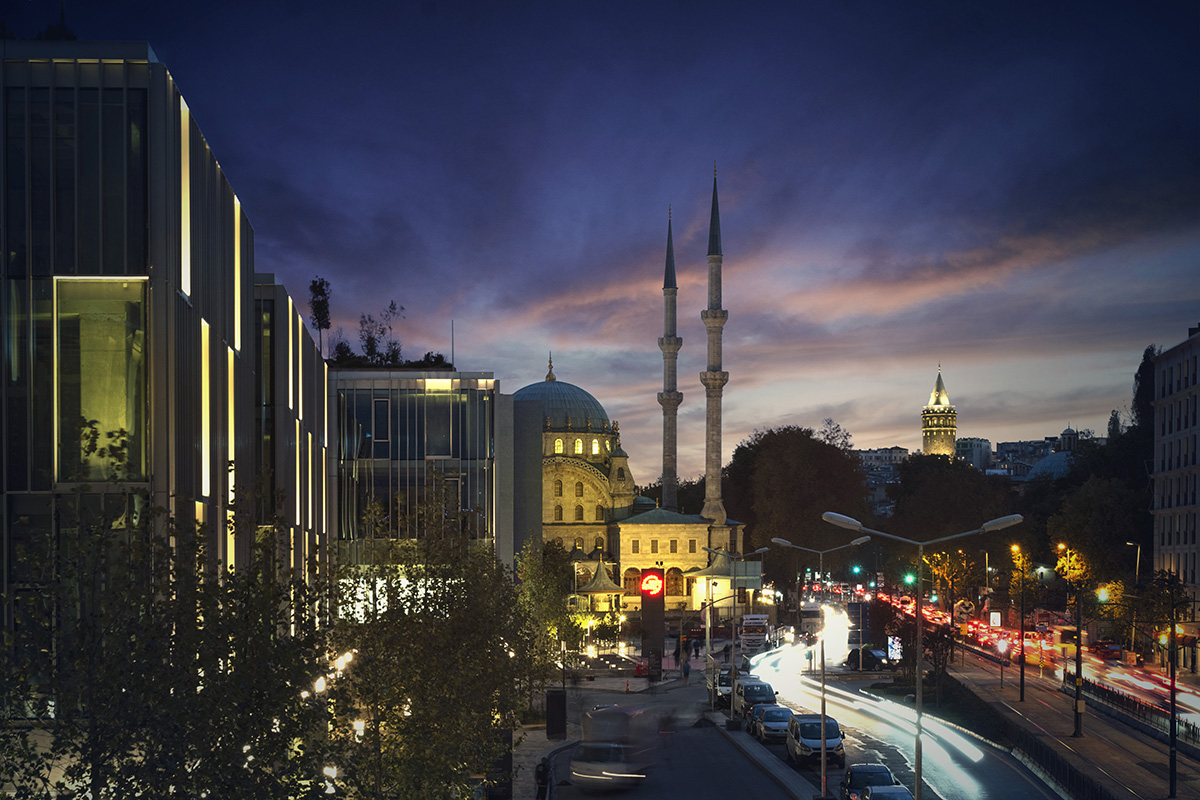 What does Galataport Istanbul have for art lovers?

The star of the show is the long-awaited Istanbul Modern, which is relocated at its new fancy museum building designed by Renzo Piano. Along with Istanbul Museum of Modern Art, MSFAU Istanbul Museum of Painting and Sculpture will also greet visitors at its new building converted from a former warehouse on the docks, protecting and showcasing the major works of modern art in Turkey.

Are there any hotels at Galataport Istanbul?

For the moment, the answer is “no”. But the distinguished, luxury hospitality brand of Peninsula Hotels is expected to open its new outpost  The Peninsula Istanbul Hotel within the premises of Galataport towards the end of 2022, at the historic cruise ship terminal of Karakoy. However, there are plenty of great hotel options in the surrounding area, the closest ones are JW Marriot Bosphorus, Novotel Istanbul Bosphorus and 10 Karakoy Istanbul.

One of Galataport’s unique features is its 29,000-square-meter underground cruise terminal designed by Istanbul based architecture firm Autoban. Thanks to a state-of-the-art hatch system, the whole Galataport waterfront can instantly be transformed into a temporary customs area whenever a ship disembarks along its coastline. Once the passengers disembark, the temporary separators are automatically disguised underground to turn the whole coastline back to a lively promenade for city-dwellers again. (The port has been closed to public access since late 19th century, and the current system leaves the coastline free after the ships depart) 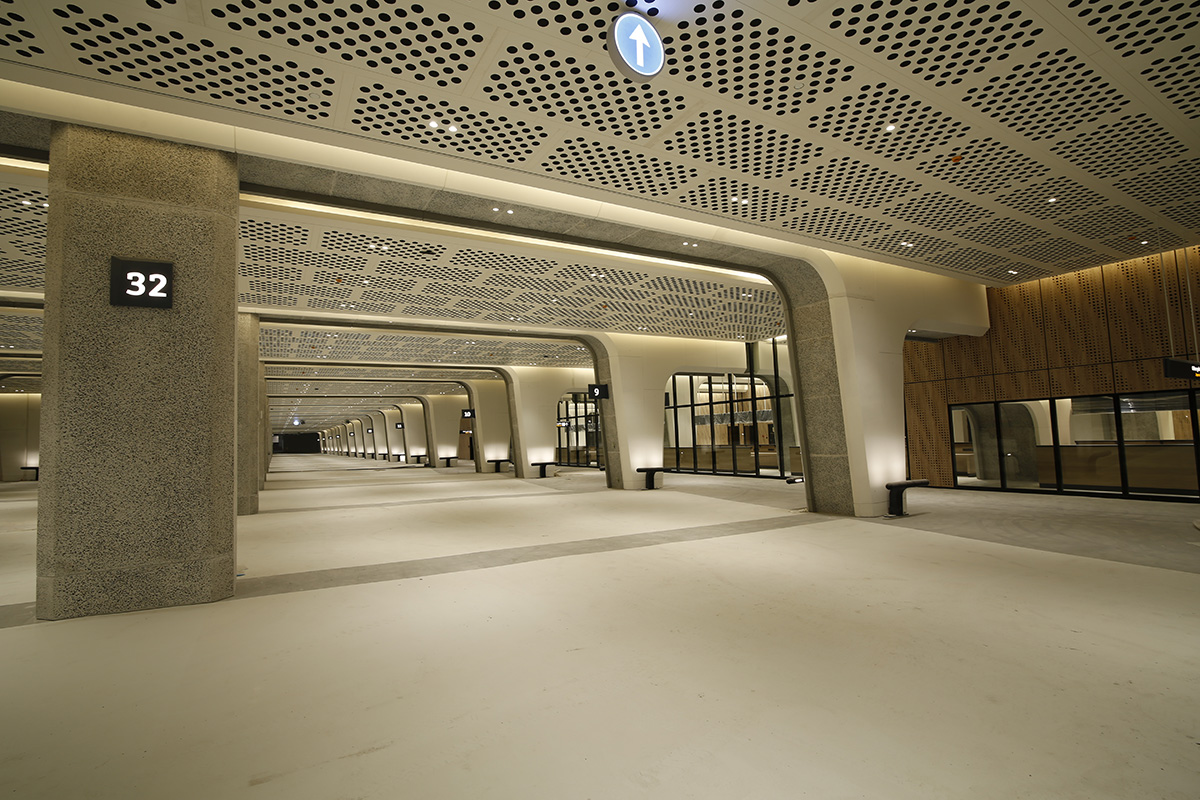 How can I get to Galataport Istanbul?

The Galataport is an enjoyable stroll away from the historical ports of Eminönü and Karaköy. Those who would like to ride a tram could get off at Tophane station.

The star of the show is the long-awaited Istanbul Modern, which is relocated at its new fancy museum building designed by Renzo Piano.

Taste the city's signature delicacies in this culinary journey stretching from Europe to Asia. Tour highlights the most delicious moments of Istanbul.
$ 120 BOOK NOW
Galataport is a unique waterfront complex aspires to change the city’s relationship with water, shopping, gastronomy and arts forever. Today, Istanbul has a new gateway out to the sea, while the historic cruise port of Karakoy reincarnates as Galataport -an ambitious urban project that has transformed a former 1,2-km industrial strip along the Bosphorus. https://www.istanbultourstudio.com/tours/galataport-istanbul