It took only four months to build this fifteenth-century castle and it has been standing for more than five centuries. 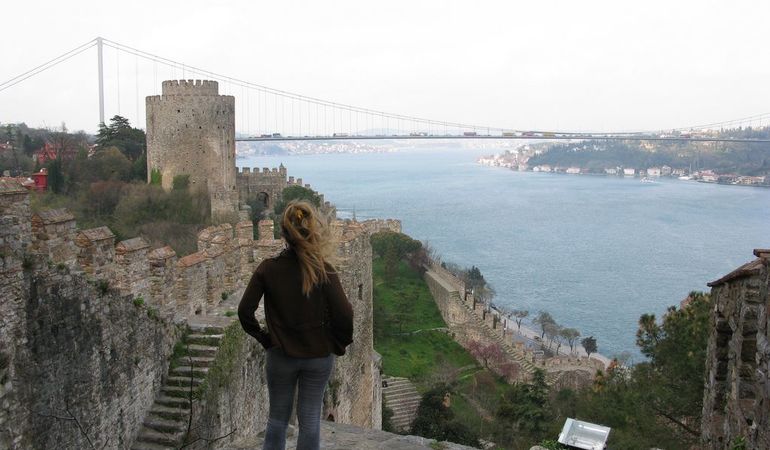 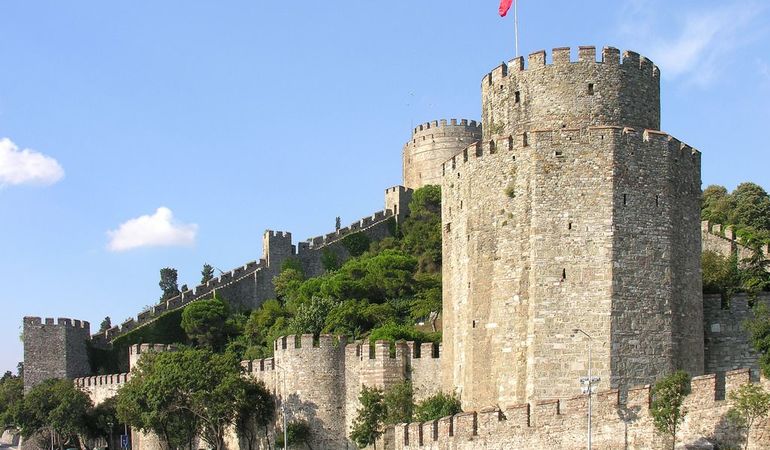 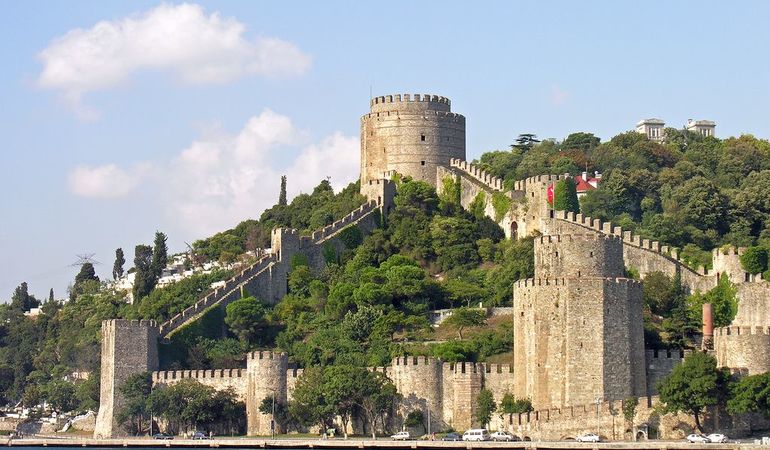 Rumeli Castle (Rumeli Hisarı) is an Ottoman fortress dating to 1452. It was built by Ottoman sultan Mehmed II (Mehmed the Conqueror) in preparation for the conquest of Constantinople. The castle is situated on the shore of the Bosphorus Strait at its narrowest point with approximately 660 meters. It is just opposite of Anadolu Castle (Anadolu Hisarı) which is another Ottoman castle built-in 1394 by Bayezid I. Both Anadolu Castle and Rumeli Castle were built by Ottoman sultans in order to prevent military and economic aid to the Byzantine Empire coming from the north, Black Sea. Thus, the Bosphorus strait connects the Black Sea with the Marmara Sea.

Rumeli Castle consists of three large towers, one small tower, and thirteen smaller towers, which all are in very good condition. The architect of the castle was architect Müslihiddin and by the time it was built, its name was Boğazkesen (Strait Cutter).

Rumeli Castle after the conquest of Constantinople

After the conquest of Constantinople in 1453, the castle lost its military importance and served as a customs checkpoint until the seventeenth century and then as a prison until the nineteenth century. In the nineteenth century, a neighborhood was formed inside the castle with its houses, mosques, shops, and so on. However, this neighborhood was destroyed in the 1950s. Since 1960 the Rumeli Castle functioned as a museum and this magnificent castle is open to the public as an open-air museum.

How to get to the Rumeli Castle (Rumeli Hisarı)?

Located on the European shore of the Bosphorus, the castle is close to a number of monuments and neighborhoods including Aşiyan Museum, Bebek, and Arnavutköy neighborhoods. Next to the castle -on the shore of the Bosphorus- there are also several nice restaurants that serve the best traditional Turkish breakfast such as Kale Restaurant and Lokma Cafe.

Make sure to have your camera with you, the Rumeli Castle offers magnificent views of Istanbul and the Bosphorus strait.

A Day on the Bosphorus

Lined with extravagant palaces, crumbling wooden mansions, lush gardens, tiny fishing villages and an unparalleled array of spots to watch the boats go by, our Bosphorus tour offers the perfect blend of history, nature, culture and luxury.
$ 125 BOOK NOW
Rumeli Castle (Rumeli Hisarı) is an Ottoman fortress dating to 1452, which is currently an open-air museum on the shore of the Bosphorus Strait. https://www.istanbultourstudio.com/tours/rumeli-castle