Arab Mosque -converted from a Roman Catholic Church into an Ottoman Mosque- is one of the rare examples of Gothic architecture in Istanbul. 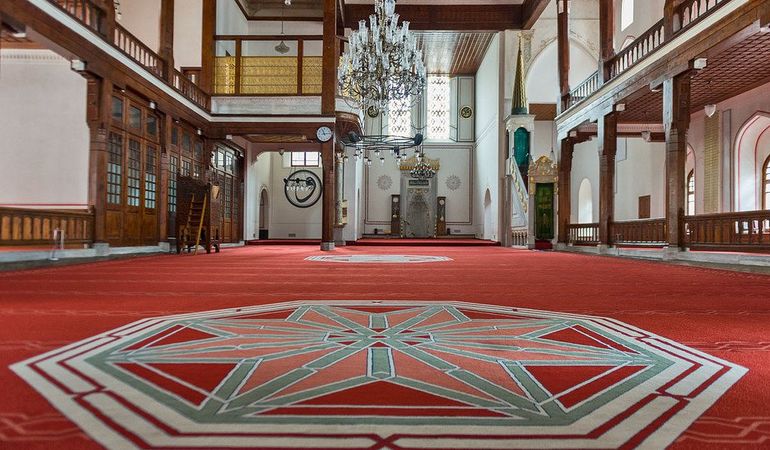 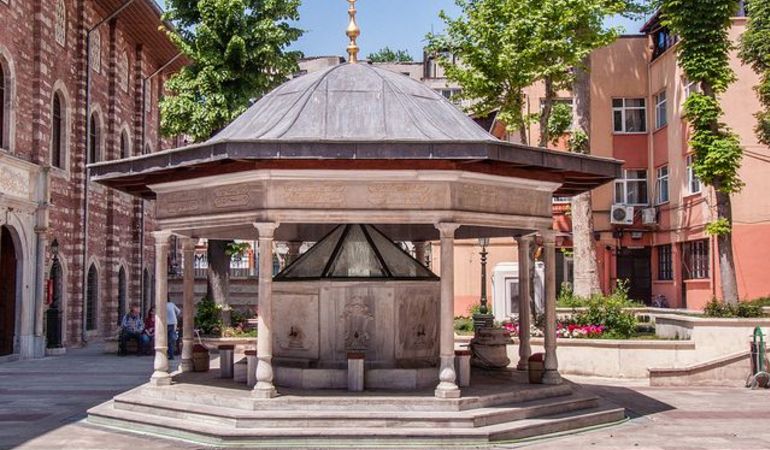 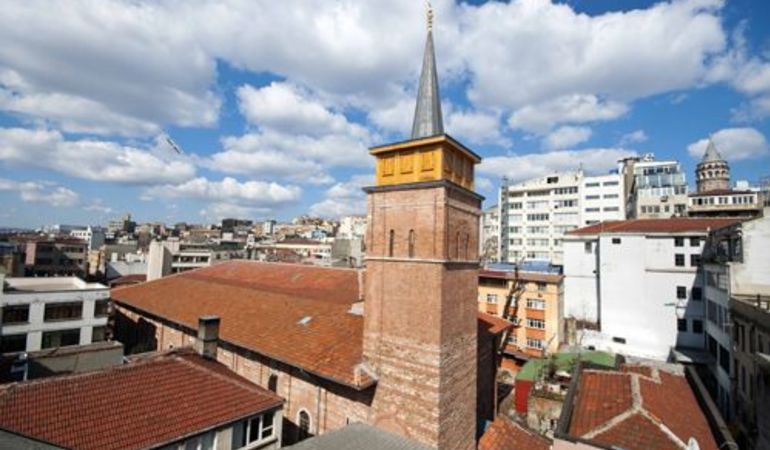 Located in Galata, Arab Mosque (Arap Camii) is the only mosque in Istanbul that was converted from a Roman Catholic Church. Originally it was built in the fourteenth century and its name was the Church of San Domenico (Saint Dominic), since it was commissioned by Dominican monks. There are tens of Byzantine Orthodox churches in Istanbul that were converted into mosque such as Hagia Sophia, Chora Museum, and Zeyrek Mosque; however, Arab Mosque is the only Roman Catholic church converted into a mosque in the city of Istanbul.

However, at the end of the fifteenth century Ottoman sultan Bayezid II settled Andalusian Arabs -who were deported from Spain during the Spanish Inquisition- around the mosque. Therefore, the mosque began to known as “Arab Mosque”. After the Great Galata Fire in 1731, the mosque was partly damaged and during the restoration of the mosque some Gothic architectural elements were replaced with Ottoman architectural elements. Accordingly, Arab Mosque is a unique structure containing both Italian Gothic and Ottoman architectural features. Today, the structure is in good condition and functioning as a mosque.

Amazing facts about the Arab Mosque

How to get to the Arab Mosque?

Located in Galata, there are a number of sights to visit close to the Arab Mosque including Galata Tower, Museum of Turkish Jews, and Taksim Street Art venues in the district.

Opening hours of the Arab Mosque

The Arab Mosque is open from 9am-6pm every day, but closed at prayer times. There is no ticket price of the mosque, but donations are welcome.

Dating to the fourteenth century, the Arab Mosque (Arap Camii) is the only mosque in Istanbul that was converted from a Roman Catholic Church

Understand Istanbul’s rich cultural mosaic by following religious rituals of different communities inhabiting the old district of Pera on a peaceful Sunday.
$ 120 BOOK NOW
Dating to the fourteenth century, the Arab Mosque (Arap Camii) is the only mosque in Istanbul that was converted from a Roman Catholic Church https://www.istanbultourstudio.com/tours/arab-mosque