The enchanting mosaics of Christianity; from the journey to Bethelem, to the miracles of Jesus Christ; from the dream of Joseph to the Dormition of the Virgin is waiting for you in this holy place. 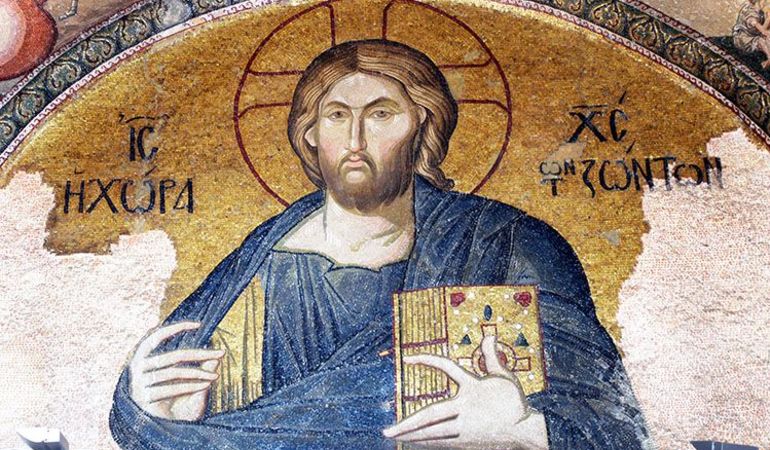 Like so many of Istanbul's historical buildings, the Kariye Camii (was a museum until 2020) has a long and chequered past, that reveals as much about the history of Istanbul:

The first Church of the Holy Saviour in Chora (as it was originally known) was built during the reign of Justinian (527-565)  on the site of a former chapel that was located just outside the first city walls (but within the Theodosian walls that still exist today) that surrounded the capital of the Byzantine Empire, Constantinople. The word chora is the ancient Greek word for the countryside – a reference to the fact that the original chapel was outside the city walls, in what would have been fields. For more information and detail on Chora Mosque, you can book our Fener, Balat and Golden Horn tour. 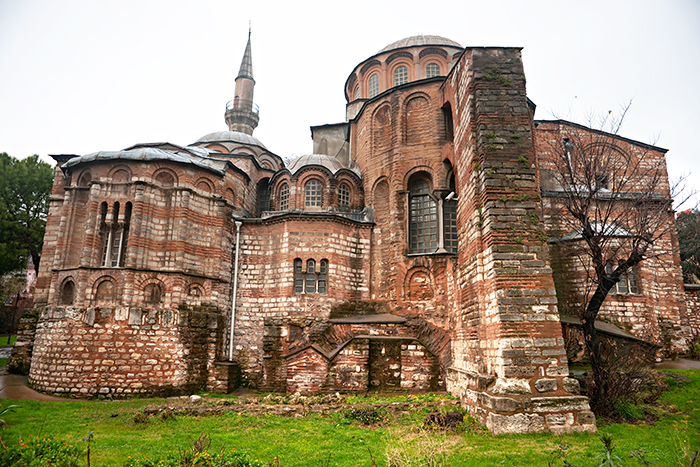 It was destroyed when the Fourth Crusaders saw invaders from Western Europe form the short-lived Latin Empire (1204-1261) – which caused the final split between the Eastern Orthodox and Roman Catholic Churches. However, it was later repaired and expanded during the 13th and 14th centuries when it was also decorated with the stunning mosaics and frescoes visitors can see today. After the Ottomans took the city in 1453, it continued to serve as a church until Vizier Hadim Ali Pasha converted it into a mosque in 1511. The mosaics and frescoes lay covered in dirt, paint, and plaster until it became a museum in 1945 and restoration works uncovered the stunning works. It functioned as a museum between 1945 and 2020.

What not to Miss at Chora Mosque

The mosaics of the former Chora Church tell biblical stories, which can be followed like a graphic novel. They are a little tricky to follow, but the below are ones to watch out for:

The Cycle of the Life of the Virgin

On the North wall of the inner narthex, there are 17 images depicting the life of the Virgin Mary, including her birth, first steps, and marriage. 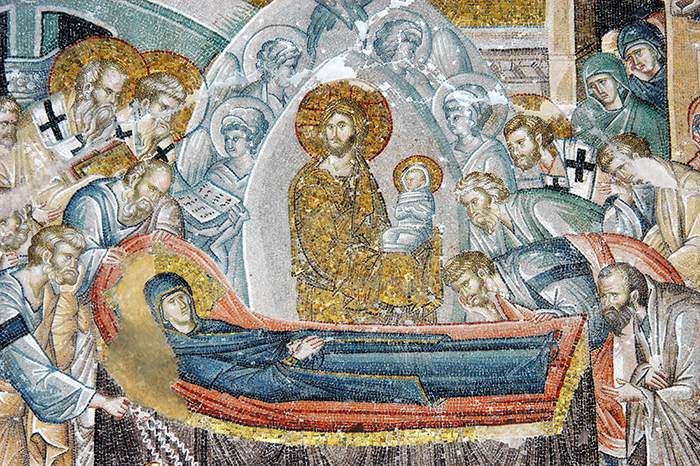 The dormition of Virgin Mary at Chora, Istanbul

The Cycle of the Infancy of Christ

Following on from His birth in the previous sequence, this sequence tells the tale of the early years of Jesus Christ, up until he departs for journeys to Jerusalem, beginning in the northern lunette on the west wall of the outer narthex. ex, concluding with Christ journeying to Jerusalem for Passover.

The Cycle of Christ’s Ministry

Depicting many familiar miracles including healing a leper, turning water into wine, and multiplying loaves and fishes, this cycle is spread across the vaults, lunettes, and pendentives of the inner and outer narthexes. 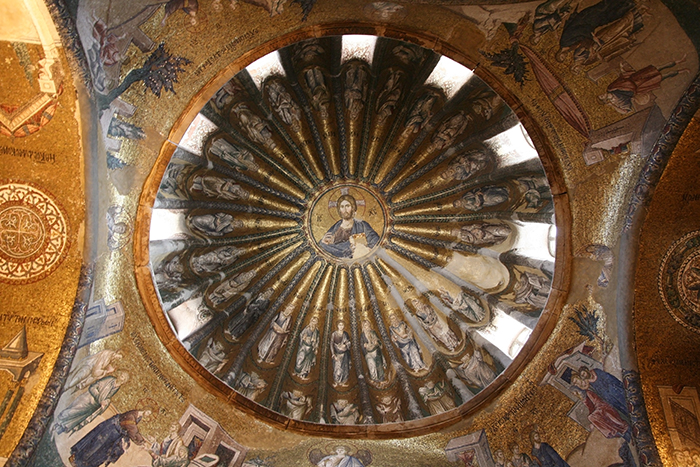 One of the beautifully designed domes of Chora, Istanbul

The Istanbul Chora Mosque is located in close proximity to the remains of the Theodosian Land Walls. It's therefore worth taking a short walk to the walls, where there are steps that enable you to climb up onto them – for a stunning view of the city.

The superb Mihrimah Sultan Mosque, designed by Mimar Sinan is also in Edirnekapı, just a short walk away.

You can enjoy some snacks, Turkish tea or coffee at the hidden patio of Kariye Hotel which is right next to Chora Mosque. Kariye Hotel's patio previously hosted famous Asitane Restaurant - a specialist in Ottoman cuisine  - that unfortunately closed its doors back in 2020. 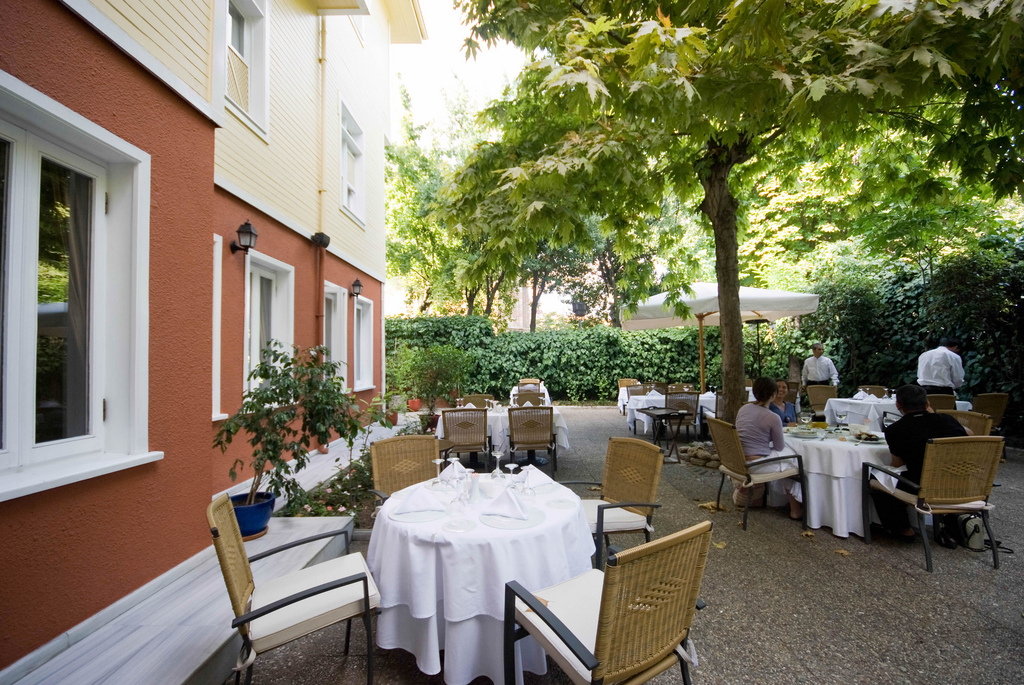 Courtyard of Kariye Hotel, next to Chora Mosque

How to get to the Chora Mosque?

The fact that it is a little further away than most of the excursions in Istanbul, puts off many independent travelers. However, as it boasts some of the finest examples of Byzantine frescoes and mosaics, it's well worth the journey. Take the 38/E bus from Eminönü to Edirnekapı, from where it is just a short walk.

Make sure to see the one-of-a-kind “Dormition of the Virgin” in the main area of the building.
DISTRICT
Edirnekapı
VISITING HOURS
Important Note
Currently Closed

Discover the charming, colorful multi-cultural neighborhoods of Fener and Balat, historically home to the Ecumenical Patriarchy and the Jewish community.
$ 140 BOOK NOW

Experience the grandeur and exoticism of the Byzantine Empire and unleash the secrets of its millennium-long history in this full-day guided tour.
$ 120 BOOK NOW
Chora, which means “the country-side, outside of the city” in Greek, was originally built as a Greek Orthodox church located outside of the city walls of Constantinople in the 5th century CE. https://www.istanbultourstudio.com/tours/chora-museum