Erected in 330 CE, the Column of Constantinople (Çemberlitaş) is one of the oldest surviving monuments of Istanbul. 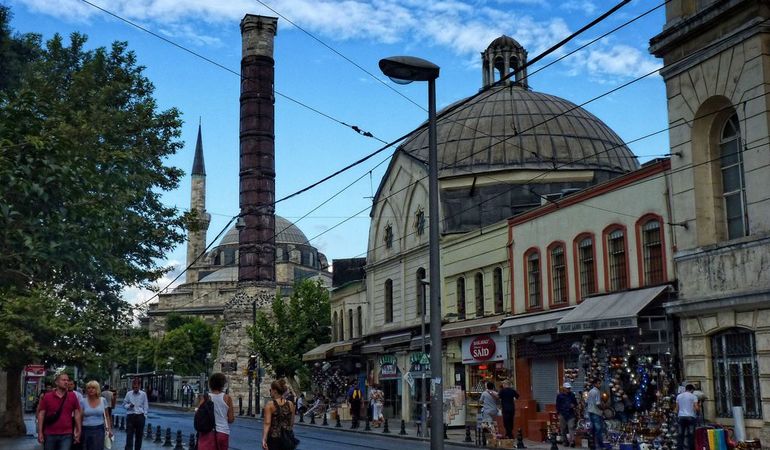 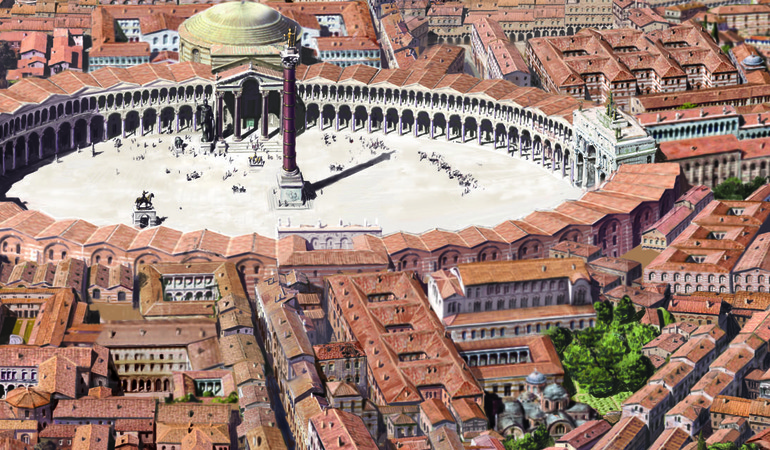 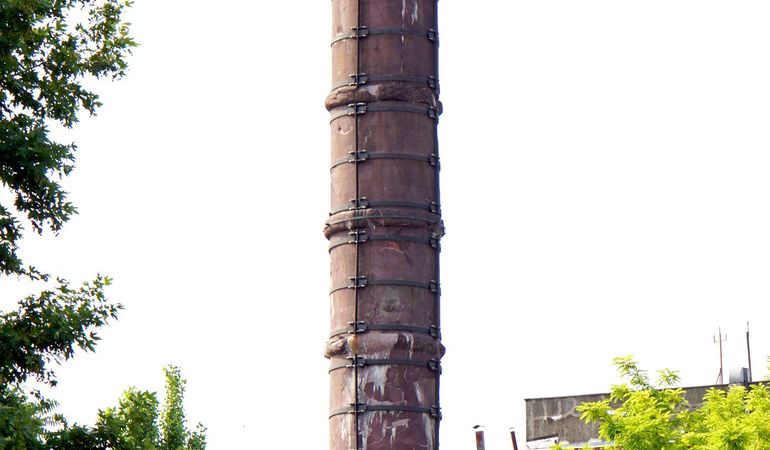 The column is approximately thirty five meters long and was made from several porphyry stone blocks. Porphyry is a dark-purple semi-precious stone only found in southern Egypt and it was the imperial stone of the Byzantine Empire. In addition, purple was the color of Byzantine imperial family and only imperial family members were allowed to wear purple clothes.

Column of Constantine experienced many earthquakes, fires, and sieges; however, it never fell. Meanwhile, it was restorated many times even during Ottoman period. Column of Constantine is called as Çemberlitaş (Hooped Stone) in Turkish, because at the end of the seventeenth century Ottoman Sultan Mustafa III ordered it to be supported by iron hoops that are still visible on the column. Today, one thousand seven hundred years old monumental column is still standing and visible from many places in Istanbul’s historical peninsula.

Amazing facts about the Column of Constantine (Çemberlitaş)

How to get to the Column of Constantine?

Located in Çemberlitaş, the easiest way to get to the Column of Constantine is to take tram and get off at Çemberlitaş tram station that stops in front of the column.

Located very close to Sultanahmet, there are a number of sights to visit close to the Column of Constantine including Nuruosmaniye Mosque, Grand Bazaar, Blue Mosque, Underground Cistern, and Hagia Sophia Museum. There are also a number of nice restaurants in the area such as Nar Restaurant, Dönerci Şahin, and Çemberlitaş Köftecisi.

Experience the grandeur and exoticism of the Byzantine Empire and unleash the secrets of its millennium-long history in this full-day guided tour.
$ 120 BOOK NOW
Erected in 330 CE, the Column of Constantine (Cemberlitas) is an honorific column commemorating the foundations of Constantinople and the Byzantine Empire. https://www.istanbultourstudio.com/tours/column-of-constantine