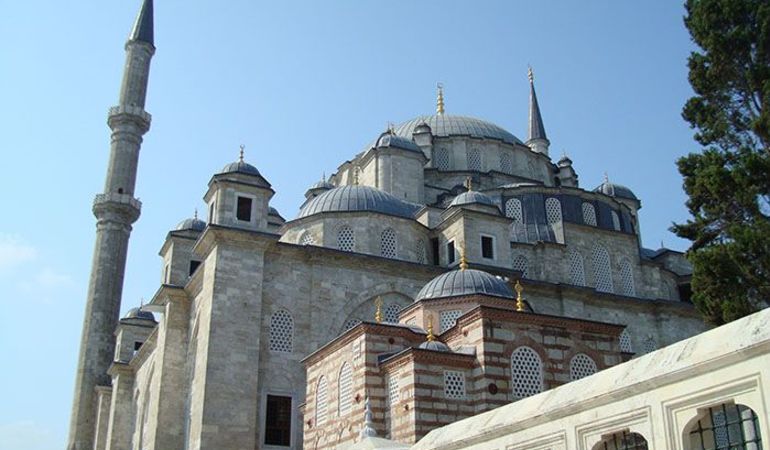 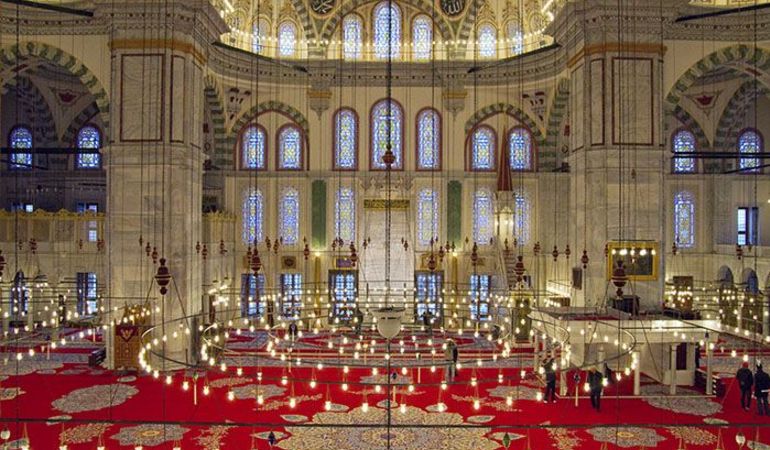 Located in the middle of the historical peninsula of Istanbul in Fatih neighbourhood, the Fatih Mosque (Fatih Camii) is the mosque of Fatih Mosque Complex (Fatih Külliyesi) commissioned in 1463, ten years after the conquest of Constantinople by the Ottomans in 1453. The construction of the mosque lasted seven years and was finished in 1470. It was the Ottoman Sultan Mehmet II (Mehmet the Conqueror) who commissioned the mosque, therefore his name was given to the mosque as well as neighbourhood. In Turkish, Fatih means “the conqueror”.

Fatih Mosque Complex used to contain several other structures including madrasas (religious high schools), dormitory for students, hospice, library, hospital, market, hamam, and tombs; unfortunately only madrasas, library, hospice, and tombs are surviving today. Other structures were destroyed as a result of the fires, earthquakes, and road construction took place in 1950s.

From Imperial Cemetery of Byzantine Empire to Ottoman Imperial Mosque

Fatih Mosque Complex was built on the site of the Church of Holy Apostles built in the first half of the fourth century CE. Even, the hospice located on the southeast of Fatih Mosque has a large courtyard and it is decorated with sixteen beautiful columns made from verdo antico, granite, and marble. It is believed that these columns were salvaged from the Church of the Holy Apostles. During the Byzantine period, the Church of the Holy Apostles was the most important church after the Hagia Sophia and a number Byzantine emperors including Constantine I were buried there.

The mosque complex was built by the imperial architect of the time, Atik Sinan (Sinan the Elder) and it is a huge complex covering an area of 3,400 square meters. However, the original mosque -built in 1470- was badly damaged in the 1509, 1557, and 1754 earthquakes. Lastly, it was completely destroyed by an earthquake on 22 May 1766 when the main dome collapsed and the walls were irreparably damaged. The current mosque -designed on a completely different plan than the fifteenth century mosque- was completed in 1771 by architect Mehmet Tahir during the reign of Mustafa III.

How to get to the Fatih Mosque

Located in Fatih, on Fevzipaşa Avenue, the easiest way to get to the Fatih Mosque is to take bus either from Taksim or Eminönü passing by Fatih and get off at Fatih Camii Bus Stop.

Opening hours of the Fatih Mosque

The Fatih Mosque is open from 9am-6pm every day, but closed at prayer times. Fatih Mosque is very busy during Friday noon prayers, make sure to arrange your visit accordingly. Fatih Mosque - just like other public mosques of Istanbul-  does not have an entrance fee or ticket price, hence donations are welcome.

Experience the grandeur and exoticism of the Byzantine Empire and unleash the secrets of its millennium-long history in this full-day guided tour.
$ 120 BOOK NOW
Located in the middle of the historical peninsula of Istanbul in the Fatih neighborhood, the Fatih Mosque (Fatih Camii) is the mosque of Fatih Mosque Complex (Fatih Külliyesi) commissioned in 1463. https://www.istanbultourstudio.com/tours/fatih-mosque