Vefa Kilise Mosque means “Church Mosque in Vefa” in Turkish because it was converted into a mosque from a Byzantine church. 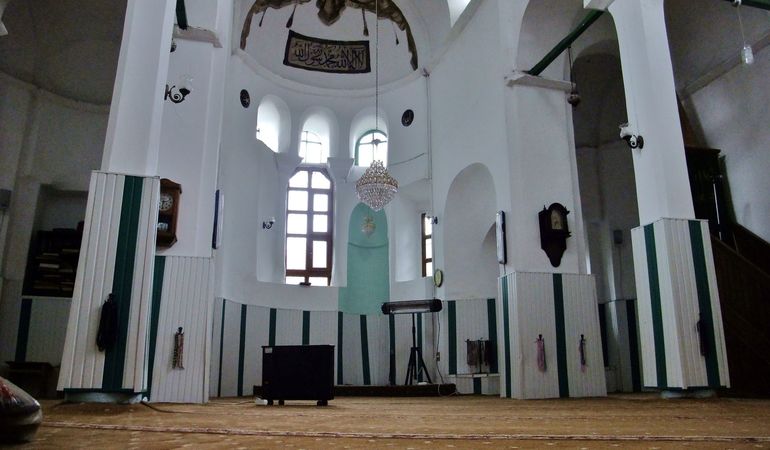 The origin of the structure is not certain, but it is very possible from its architecture and architectural features that it was first built in the eleventh century and then expanded in the fourteenth century during the Palaiologan Dynasty. It is believed that the church was dedicated to St. Theodore (Hagios Theodoros), therefore it is also known as Hagios Theodoros Church.

Right after the conquest of Constantinople by the Ottomans in 1453, the church was converted into a mosque and dedicated to Molla Gürani, tutor of Ottoman Sultan Mehmed II (Mehmed the Conqueror).

The plan of the Vefa Kilise Mosque is cross-in-square and it was made mainly from bricks. It is one of the best examples of Byzantine brick architecture and from exterior the mosque looks like a full brick structure.

How to get to the Vefa Kilise Mosque (Molla Gürani Mosque)

Experience the grandeur and exoticism of the Byzantine Empire and unleash the secrets of its millennium-long history in this full-day guided tour.
$ 120 BOOK NOW
Vefa Kilise Mosque (Molla Gürani Mosque) is located in Vefa which is a historical neighborhood surrounded by old monuments and landmarks such as Valens Aqueduct, Kalenderhane Mosque, Süleymaniye Mosque, and Vefa Boza Shop. https://www.istanbultourstudio.com/tours/vefa-kilise-mosque