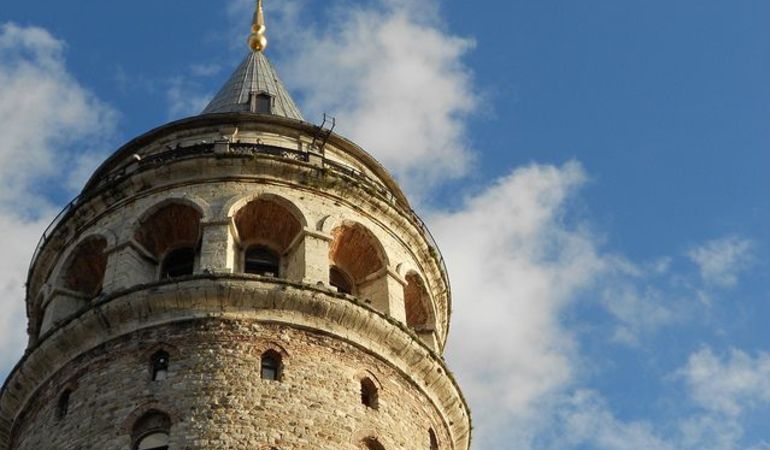 Galata Tower is one of the symbols of Istanbul and it is situated in Galata, on a hill seeing the historical peninsula of Istanbul from A-Z. The origin of the Galata Tower goes back to the fifth century CE when Byzantines built a wooden tower named Magalos Pyrgos (Great Tower) in order to control the city of Constantinople and the Golden Horn. Due to the fires, earthquakes, and the Sack of Constantinople by the Fourth Crusaders in 1204 the wooden tower was completely destroyed.

In 1348, the Genoese community living in the district of Pera (Galata) built today’s Galata Tower and named it Christea Turris (Tower of Christ). Galata Tower is a cylindrical tower made from stone and it is approximately 67 meters long.

Galata Tower was the tallest building in Istanbul until the construction of Beyazıt Tower in 1749. During the Ottoman period, Galata Tower functioned as a jail, observatory house, and watchtower. After the restorations took place in 1960, Galata Tower was commercialized and opened to the public. Today, the tower functions as a 360-degree viewing platform of Istanbul.

Aerial shots of the Galata Tower

Hezarfen is a short animated film by Tolga Ari and Romain Blanchet, attributes to the story of Hezârfen Ahmed Çelebi released in November 2010 in France.

Assasin’s Creed: Revelations is a world-famous adventure game published in 2011 and it takes place in the sixteenth-century Istanbul. As the highest building and point of Istanbul, Galata Tower is a crucial point in the video game and this video shows Ezio’s climbing to Galata Tower and parachuting from there.

How to get to the Galata Tower

Are there any hotels close to the Galata Tower?

Located in one of the most popular touristy areas -Galata- there are a number of accommodation options close by to suit all budgets. Some of the recommended hotels the area are Soho House Istanbul and Pera Palace Jumeirah.

Experience the grandeur and exoticism of the Byzantine Empire and unleash the secrets of its millennium-long history in this full-day guided tour.
$ 120 BOOK NOW
Galata Tower is one of the symbols of Istanbul and it is situated in Galata, on a hill seeing the historical peninsula of Istanbul from A-Z. https://www.istanbultourstudio.com/tours/galata-tower